An editorial by Gary Nager

As I write this editorial, I am excited to say that there are only eight weeks until the 20th annual Taste of New TampaTM will be held in Primrose Park, located behind the Primrose School and across Commerce Park Blvd. in Tampa Palms from Freedom High and Liberty Middle School.

The 2013 Taste will be held on Sunday, March 24, noon-6 p.m., and it truly promises to be the biggest and best year ever of New Tampa’s signature one-day event, especially if everyone in Wesley Chapel who reads this editorial also participates — whether as a sponsor, business exhibitor, food or beverage provider, volunteer or attendee.

More than 700 local businesses already have received emails from us about the Taste and the Board members of the New Tampa Chamber of Commerce — which puts on this event every year — are busy contacting as many businesses as possible as well. As I have so many times in years past, especially before the now-defunct New Tampa Community Council (which was replaced by the Chamber six years ago) hosted the Taste, I have been keeping myself busy visiting as many restaurant owners in person as I can to ensure that we make my goal of between 40-50 restaurants who will provide samples of their respective cuisines to this year’s Taste attendees.

In order to entice more restaurant participation, I convinced the Chamber Board to provide reimbursement for the cost of the food the restaurants provide by reducing the cost of admission to the 2013 Taste to only $5 per adult (and children older than age 12) if you buy your tickets in advance (we will announce all of the presale locations in our next issue) because we’re going to, for the first time ever, also charge attendees $1 per Taste (although some restaurants may charge more than $1 per Taste for providing larger samples). The restaurants will get to keep 50 cents of each $1 ticket they redeem at the end of the event.

The cost of admission goes up to $10 per adult the day of the Taste, so you’ll definitely want to get your admission tickets in advance. Children ages 12 and younger will still get in for free, but will still also be charged per taste.

I’m not going to announce any of the participating restaurants until next issue, but rest assured, there will be significantly more and some more upscale restaurants this year than last, as many restaurateurs and beverage providers are pretty pumped up to be part of the 20th annual Taste!

And, don’t forget that also for sale for $1 per taste this year will be beer and wine samples from some of your favorite beverage providers.

The 2013 Taste also will feature a “Battle of the Bands” and the day’s headline act will be the band Big Brother, whose Facebook.com page says, “has been rockin’ since 1982.” The group apparently has a great following throughout the Tampa Bay area and also tours out of state.

So, now is the time to act if you’ve been thinking about attending or participating as a sponsor or exhibitor for this year’s Taste of New TampaTM. Taste business booths start at just $200 for New Tampa Chamber members and you can join the Chamber anytime between now and March 10 and still be eligible to have a booth at the Taste.

You also can be a Taste sponsor for as little as $500, which allows you to bring an advertising vehicle to the event. All sponsors and participating restaurants will get to park their advertising vehicles in designated areas around the perimeter of the Taste, so that as attendees walk up to the entrance, they will be able to see your advertising message. We also are offering many other higher sponsorship levels, each with more goodies and freebies to help promote your business at the New Tampa area’s historically best-attended one-day event.

For more information about Taste sponsorships & business & res-taurant exhibitor booths, visit TasteNewTampa.NewTampaChamber.org or NewTampaChamber.org, or call the Chamber’s executive assistant Jayne Baker at 293-2464. Our office manager Nikki Bennett also will be happy to send you Taste applications if you call our office at 910-2575. But hurry! You won’t want to miss it! 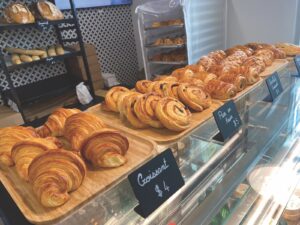 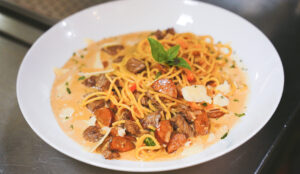 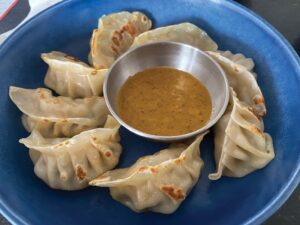