For years, Pasco County has grappled with attracting tourists and giving them a place to stay.

In a few months, a long-standing problem of finding beds for all of those visitors’ heads will be solved as well.

During the months of June and July, Wesley Chapel expects to see three new hotels open along the burgeoning S.R. 56 corridor, joining the Holiday Inn & Suites that opened last year next to FHCI (and the Hampton Inn & Suites, which has been open for many years).

“The two industries (tourism and hospitality) go hand in hand,” says Hope Allen, the CEO of the North Tampa Bay (formerly Greater Wesley Chapel) Chamber of Commerce. “It’s almost like you can’t have one without the other.”

Barring any weather delays, a six-story, 125-room Hilton Garden Inn on Silver Maple Pkwy., across S.R. 56 from FHCI, is scheduled to open in June, a 92-room Fairfield Inn & Suites is expected to open in June or July a few miles to the east (in the Wiregrass Ranch development), and the six-story, 132-room Hyatt Place Hotel & Convention Center will open in July at the Cypress Creek Town Center across from TPO.

The newest hotels have all been planned since late 2015.

Impact Properties is building the Hyatt Place, and recently hosted a “topping off” event to show off its progress. Impact just began building the $24-million hotel last summer. The Hyatt Place will share the north side of S.R. 56 with a host of new restaurants and retailers (see story on page 6).

The conference center addition fills another area need, says District 2 Pasco County commissioner Mike Moore. “This is going to be a great development all around,” Moore said during the Hyatt Place event. “When you talk about a convention center, that has been something that has been a big need in Pasco County, especially on the east side. You won’t have a problem keeping it full.”

Impact president Dilip Kanji said he has had his eyes on the Cypress Creek location for years, patiently waiting for the right moment.

“I’ve been looking at Wesley Chapel since 2012,” Kanji says, citing the Cypress Creek Town Center’s permitting woes dating back to 2007. “If you remember, (our interest) goes back to the days when the mall was going to go there, the problems with the wetlands and the Army Corps of Engineers, all that stuff, so we just kept looking. But, Wesley Chapel has arrived, Pasco County has arrived, everyone wants to be here. We had an idea for what we wanted to do; we were just waiting for the right time.”

Kanji said his company also eyed the Shops at Wiregrass mall and Florida Hospital Wesley Chapel areas in Wiregrass, as well as the area near FHCI (where the Holiday Inn Express is today).

“There’s been the potential (for a hotel) in the area, but the place we always wanted to be was on that (the west) side of the interstate,” he said.

Impact Properties was founded in 1981, two years after Kanji, a biochemist at the time, visited San Francisco and stayed at a family-run hotel that he fell in love with. He decided, without the benefit of any business schooling or real estate courses, to enter the business.

“I never stepped in a lab again, and never looked back,” said Kanji, who works closely with brother and VP Nash Kanji, whom he describes as a construction “whiz.” They started with a small motel in Gainesville that Kanji says his attorney at the time joked was known as a “no-tell motel.” Since then, Impact Properties has grown into an award-winning development company, owning and managing more than 25 hotels, and was awarded the key to the City of Tampa by then-Mayor Dick Greco for developing the Hilton Garden Inn in Ybor City, the first hotel to be built in the historic district in more than 100 years.

Impact Properties currently owns a hotel in Gainesville, two in Jacksonville and two in Tampa, including The Westin on Westshore Blvd.

The company also is developing a hotel in Treasure Island, FL, in addition to the Wesley Chapel location, which Kanji says is one of the most coveted areas around.

Kanji says people have asked him if he’s building his next hotel in downtown Tampa or St. Petersburg, and when he tells them no, they ask why, because those are the hot areas.

“I don’t even go where it’s already hot,” Kanji says. “We identify an emerging area, growth areas that are going to be hot. And, we get there first.”

He says that was his plan when he built a hotel in Brandon years ago, the first he says to do so on the old I-75 bypass. “The interchange wasn’t even working,” he says. “We identified where Brandon was going — it was the bedroom community of Tampa — and we identified that area as hot. We got there first. There were growing pains. We did not hit our numbers the first year or two. But, we said we will control the market.”

In the case of Wesley Chapel, however, Impact Properties will be entering a market that is already considered hot, and growing crowded quickly — landowner Bob Sierra said at the “topping” event that if the Hyatt Place is successful, Kanji has an option to build a second in the Cypress Creek Town center.

In addition to the three hotels set to open this summer, the RADD Sports Wiregrass Ranch Sports Complex – which could open in spring of 2019 — will have a 120-room Marriott-branded Residence Inn on site, and the Brightwork Crossing development north of S.R. 54/56 and west of C.R. 54/Wesley Chapel Blvd. has stated plans in 2016 to build an unnamed hotel with up to 150 rooms on that site.

Also, plans were filed with the county in August for a proposed, also-unnamed  160,000-sq.-ft. hotel to be located behind the Walgreens at the S.R. 54 and Bruce B. Downs Blvd. intersection.

A report in 2016 by consultants analyzing the potential for a sports complex in Wesley Chapel pointed out the lack of hotel rooms in the area. And, while it still made a sizable economic impact (estimated at $3-million a year), it has been believed that one of the main beneficiaries of the DICK’s National Lacrosse Championships held at Wesley Chapel District Park the last several years were nearby Hillsborough County hotels, such as those in New Tampa, which took in 60-75 percent of the tournament’s teams and visitors.

While saturation may become an issue, the new hotels are anticipated to help the county’s tourism efforts and fill tax coffers. The county approved doubling its tourist tax, or bed tax, from 2 to 4 percent last year.

“What you’re seeing in Pasco County is quality,” Moore said. “There is a lot of time and effort put into these projects. We’ll be getting rooms filled, heads in beds…and we appreciate the help. It helps us grow, and helps us bring in additional profits to the county.” 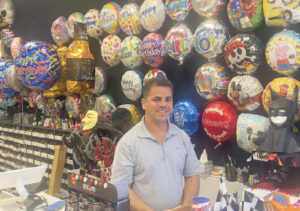 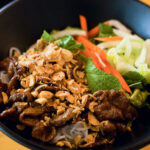