While the backbone of any good school has always been its curriculum, today’s modern students and parents also desire innovation outside of the classroom.

With that in mind, Sandra Doran, Ed.D., has been overseeing the construction of North Tampa Christian Academy (NTCA), located just west of the Grand Hampton community on County Line Rd., just south of Wesley Chapel.

Doran, the founding headmaster of the area’s first Christian K-12 school, promises a top-notch curriculum, to be taught on a state-of-the-art campus.

The new school is set to open on Aug. 20, with a full complement of grades, including an early childhood center that will take students as young as 2 years old. It is such a lofty goal that even Doran had to take a deep breath and smile when revealing the plans.

The NTCA, with annual tuition prices ranging from $12,000-$16,000, is the culmination of plans that were hatched in 2012, when the Florida Conference of Seventh-Day Adventists (in concert with Adventist Health System and Florida Hospital West Florida Region) began to work with Tampa Bay-area churches and schools to establish a new campus in our area.

While school officials felt confident the emphasis on project-based learning, academic excellence via innovative teaching and Christian ideals offered by the school would prove attractive for prospective families, they also wanted to be sure it was offered in an attractive, forward-thinking package.

The question was, according to Doran, “What kind of school architecture would promote good learning practices?”

The answer was Prakash Nair, of Fielding Nair International, whose company has designed innovative schools all over the world, including Academy of Holy Names in Tampa and Shorecrest Prep in St. Petersburg.

Project manager Michael Gilkey reached out to Nair via email, assuming he was in India and getting a timely reply would be difficult.

Nair discarded the original plans, which he dubbed the “Walmart Model” – a big building with a parking lot in front.

Instead, Nair devised a collection of four smaller buildings, each one housing about 150 students, or “separate learning communities,” as Doran referred to them. The separated structures will house an early childhood center, plus buildings for grades K-2, 3-6 and 7-12.

A hoped-for second phase will include an additional building to break up the older grades into 6-8 and 9-12.

The design places less emphasis on walls, doors and standard classrooms, and instead focuses on open spaces that free flow from room to room, with buildings connected by a sun-shielding shade.

Doran, who was associate superintendent at the Florida Conference of Seventh-Day Adventists (the second-largest parochial school system in the world, she says), agreed to take on the task of leading the NTCA. At that time, however, she had no idea, before visiting for the first time last July, that she was inheriting a dusty field with a discarded mattress laying on it.

As for the curriculum, Doran said that she is excited about what she describes as a project-based learning environment.

“The bottom line is this: we want our students, when doing their projects, to have an outcome that matters,” she says. “Are you creating beauty or solving a problem? If it’s none of the above, it’s pointless. Think about the science fair, when those are over, what do you do? You throw them (the projects) away, right? And yet, we wonder why our children don’t like doing them.”

There will be a focus on reading skills (her area of expertise, and a personal connection as well, as her son has struggled with dyslexia), Bible study, challenging math courses and Next Generation Science Standards (NGSS), designed to improve science education. The NGSS have been adopted by 19 states, although Florida is not one of them.

The school also will have a gymnasium and a soccer field and has already hired a volleyball coach, although Doran says NTCA isn’t looking to develop a high-level athletic program like the ones that define so many private and religion-based schools throughout Florida.

With 43 acres, NTCA will have plenty of room left over for students and staff to explore the woods and trails behind the classrooms. Doran says the school has available capacity for 750 students and is projecting 240 enrollees for the 2018-19 school year, plus another 100 children in the early childhood programs.

“It’s a scary and exhilarating adventure,” she says. “Am I a risk taker? Yes.”

The North Tampa Christian Academy is now accepting applications for the 2018-19 school year. For more information, visit SeeThisSchool.com or NorthTampaChristian.org, or call (813) 591-0309. 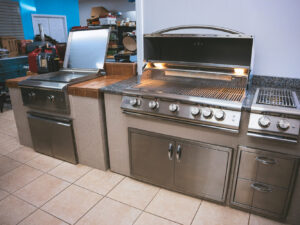 Gas N Grills Is Ready To Upgrade Your Grill Game 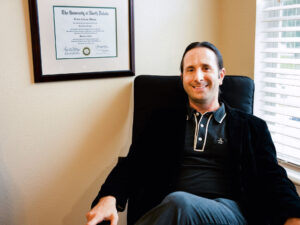