“And Jesus grew in wisdom and stature, and in favor with God and man.”

Those words from Luke 2:52 (New Testament, New International Version) delivered in the First Century AD come alive today in the Family of Christ (FoC) Christian School mission statement, which commits the faculty and staff to growing the knowledge and abilities of their students “in a manner that brings honor and glory to God.”

Putting those words into action is the job of the school’s faculty and administrators, including Jennifer Snow, who has been the principal at FoC since 2005.

“The priority of the staff is to work as a team to help our students develop their hearts, minds and souls,” Snow says, adding that the joy of learning is part of the educational experience at FoC.

“If you walk through the classrooms, you see how happy they are while learning.”

But of course, plenty of learning goes on beyond the classrooms of the tree-shaded campus nestled between Bruce B. Downs (BBD) Blvd. and Tampa Palms Blvd. W. in Tampa Palms.

Recent class field trips have taken students to places like the Florida Keys to explore marine science and Washington, D.C., to see firsthand and up close how the American political machine operates and the history of our government. Snow, who has a Bachelor of Science (B.S.) degree in Education from the University of South Florida, says the students’ enthusiasm for learning makes it easy to give them a little more freedom in their pursuit of knowledge.

“We have such well-behaved students that you can kind of go out of the normal classroom realm a little bit and just have fun,” she says.

Snow adds that, in addition to a focus on core academic subjects such as science, language and math, FoC also provides instruction in art, music, computers and physical education and is an active participant in the National Junior Honor Society (NJHS).The school measures student progress by administering the Stanford Achievement Test each year for grades 1-8.

The genesis of FoC was almost two decades ago, at the end of 1999, when Family of Christ Lutheran Church embarked on its mission of bringing high-quality educational opportunities based on Christian values and beliefs to the New Tampa area with (at that time) Pre-K and Kindergarten instruction. The school took a gradual approach to growth, adding one grade at a time until it achieved its current K-8 status , now with 180 enrolled students.

The classrooms at FoC features staffers like Lindy Evans, a language arts teacher for middle school (grades 6-8), who says the emphasis in her class is on learning to live by high standards, as well as learning with high achievement.

“We aren’t primarily focused on test scores,” Evans says. “We are more concerned with producing academically strong students, with a solid Christian foundation, who will be positive members of our community.”

And when FoC alumni transition to high schools, middle school science teacher Melissa Gembarowski expresses confidence that the graduating Family of Christ 8th graders will be well prepared for all of the challenges awaiting them.

“Our students are successful, whether at private or public high schools, due in part to the confidence and Christian foundation that is instilled in them during their years at Family of Christ,” Gembarowski says.

Graduating eighth-graders also can get a headstart on their high school educations by earning credits in advanced science, algebra and Spanish language courses at FoC that can be applied to a high school diploma.

Living Up To Its ‘Family’ Name

“We have been a part of the Family of Christ Christian School family for the past 8 years,” Soto wrote in her email. “Our school has the perfect combination of a superior curriculum, the best educators and a faith-based, nurturing environment.”

Similarly, Tom and Lori Lahart have experience as a long-term FoC family, with their two children attending there for nine years.“Mrs. Snow delivered on her promise to provide a safe, nurturing, fun environment while putting a world-class education as their primary focus,” the Laharts wrote in an email. “Our two children have now graduated and are flourishing in high school, thanks to the strong foundation they received at Family of Christ.”

While the school is affiliated with Family of Christ Lutheran Church and is accredited by the National Lutheran Schools Association (NLSA) (and by the district of the Lutheran Church — Missouri Synod), enrollment at FoC is open to anyone, regardless of their religious affiliation.

“There are Christians and non-Christians; there are Catholics, Baptists and non-denominational families here,” says Snow. “We have (children from) a variety of denominations that go to different churches but still come here for school.”

Snow adds that FoC’s “inclusivity” is based on common interests and helps the school achieve its purpose.

“To me, it’s about God’s word and what we can do to work in (and have) a positive effect on the community,” she says.

Some of the community projects the school has undertaken include feeding the homeless through Metropolitan Ministries and donating financial offerings to charities such as the Red Cross.

Further Expansion On The Way?

In the 13 years since Snow joined FoC,  its enrollment has increased from fewer than 80 students to its current level of 180, which is just about the capacity of the current facilities. Snow says she hopes expansion will occur, but that there are no firm plans to do so at this time.

“We don’t have a lot of spaces to give, but we want people to know we are here,” Snow says, adding that the school is tuition- and fee-based, but there are scholarships available to help in some situations.

For families with infants or toddlers through age four, their Christian school relationship can begin at Family of Christ’s Child Development Center, which was part of the original church mission that brought forth the school as a K-8 institution. In addition, Family of Christ Lutheran Church is hosting a Vacation Bible School (VBS) July 16-20, with a theme of “Rolling River Rampage.”

Athletics also are part of the FoC experience, with students in grades four through eight participating in a variety of sports, including flag football, golf, cross country, volleyball and basketball. The FoC Knights compete against other Christian schools throughout the Tampa Bay area.

Snow, who has more than 25 years experience as an educator, including as a teacher at Hunter’s Green Elementary when it first opened, says that she and her colleagues at FoC are committed to doing their best at this special career they have chosen.

“This is the most important job God could have given any of us, and that is to work with kids,” she says. “Our staff at Family of Christ is the school heartbeat and, daily, they go above and beyond their jobs.”

You can learn more about Family of Christ Christian School by calling (813) 558-9343 to arrange a tour of the school and its campus, located at 16190 BBD Blvd. com. For more info, see the ad on pg. 38 of this issue or visit FOC-Knights.com. 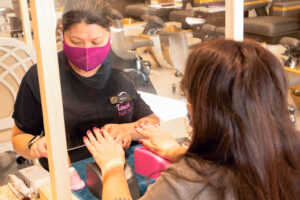 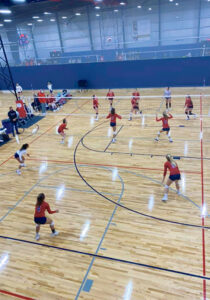 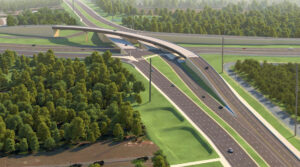 I-75 At Overpass Rd. The Latest To Get Under Way 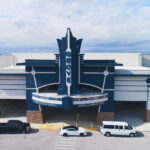 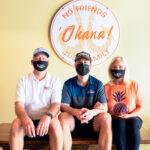 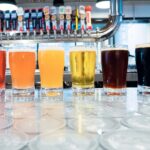 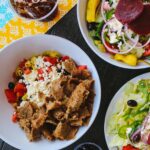