‘God Said It Was Time For A New Direction’—Hans Geissler

I have only met Hans Geissler of Morningstar Fishermen a few times since I was first introduced to him at a Rotary Club of Wesley Chapel (see story on page 33) meeting back when the club met at the old Ciao! Italian Bistro in the Shops at Wiregrass. But, like most people when they first encounter him, I felt from Day One like we were old friends.

Current Wesley Chapel Rotary Club member Dane Parilo first met Hans back in the early 2000s, when both men helped charter the Rotary Club of San Antonio (FL). Not only have Dane and Hans been close friends ever since then (Dane even got the Wesley Chapel Rotary to make donations to Morningstar), Dane has helped his friend expand Morningstar Fishermen, the incredible faith-based 501 (c) (3) nonprofit organization Hans started in 1993, several years before both he and Dane joined the San Antonio Rotary.

Morningstar is amazing because its mission statement expands on an old saying:
“Give a man a fish, he eats for a day. Teach a man to raise fish and grow vegetables and the whole community eats for a lifetime.”

In about a quarter of a century, Morningstar has helped people in the U.S., Canada, Mexico, and more than 20 other countries across the globe grow vegetables and raise fish using aquaponics, a form of biomimicry. In places where people so often go hungry because they don’t have the natural resources or knowledge of how to grow their own vegetables by raising their own fish — and by using only 1-3 percent of the water used in traditional agriculture, all with no soil. The roots of the plants are actually fed by the waste generated by the fish, usually tilapia.

Hans, who has created Morningstar’s headquarters on Old Saint Joe Rd. in Dade City, where he has multiple fish tanks served by a system of pipes pumping water, has primarily brought the science of aquaponics to these poor nations — from Haiti to multiple countries in need in Africa, Asia, Europe and Central and South America — by setting up the same self-contained ecosystems large enough to raise fish and fresh vegetables to feed entire communities in need. Today, however, he says he has a different focus, one created by a recent natural disaster at his modest Dade City headquarters.

On July 6, a bolt of lightning struck Morningstar’s power tool shed, where virtually all of the books and records of the nonprofit also were destroyed. A large lawn mower basically blew up and a 23-foot boat next to the burnt building very nearly caught fire, too.

While most people would be devastated by such a loss, especially since Hans had no insurance whatsoever for the building, the Morningstar founder took a different view:
“God said it was time for a change, for a new direction,” Hans told me as we examined the building’s charred remains. “Unfortunately, many of the systems we set up in these other countries to help poor people would end up being taken over by bad people because they could get away with it, often using legal loopholes to do so.”

Because of that, Hans says, Morningstar will now focus on helping the poor and hungry right here in the U.S. “And, instead of building the systems for them and leaving them there, we provide seminars and animated videos showing communities and even individual people how to create the systems themselves and how to fund the start-up costs to buy the needed pipes, fish and vegetables.”

Since the fire, Hans is even more determined to “Help Others Help Themselves” here in the U.S. He can even show anyone how to create a small, working aquaponic system at their own home.

But, to do so, he needs more help than ever. And, I told Hans I wanted to help, even though I don’t have a great track record of raising money for worthy causes. 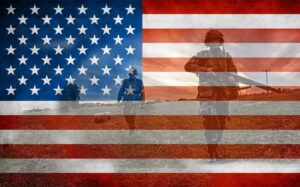 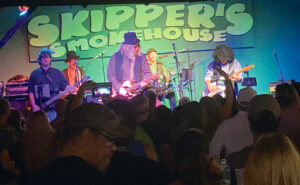