A Little About Political Ads & Introducing Our ‘New’ Managing Editor

If you check out the first 20 pages of the current New Tampa issue — and I hear so many of you read every page — you’ll see that we have quite a few more political ads than we normally do.

That’s by design. I have always felt that if those running for office were made to understand that:

1) the Neighborhood News is the one and only news magazine serving New Tampa and Wesley Chapel, the only publication providing actual news New Tampa residents need to know and not just advertorials; and that

3) it costs significantly less to put a 1/4- or a 1/2-page ad in the Neighborhood News than it does to do a solo direct mail piece (that more than 90 percent of the people who receive them throw away without looking at them), that

4)  it wouldn’t make sense for those hoping to entice New Tampa’s upscale, but notoriously non-voting public to not want to throw a few dollars our way in order to get their names and faces in front of all of those voters in a medium they already turn to for their local news.

Well, it hasn’t been easy to get them all to spend that money, but I’m proud to say this issue is packed with not only political ads, but also with information you should check out before the General Election on Tuesday, November 6, including two sales tax referendums that are both on the ballot, plus stories about a couple of candidates you may not have heard of before.

In addition, we have an update on New Tampa Blvd., a new partnership program for the New Tampa Players, the opening of a new reading room at the New Tampa Regional Library and a story about a Wharton High grad capitalizing on the probiotic tea craze in a big way.

And, that’s just in our first 17 pages, where those political ads have taken up shop for at least one issue, and, hopefully, they will again for New Tampa Issue #23-18 (Nov. 2), which comes out the Friday before the election.

Because of the open nature of campaign fundraising, all local candidates have to provide lists of all the money they’ve raised for their respective campaigns to Supervisor of Elections Craig Latimer’s office, but there’s no doubt that while some candidates have raised hundreds of thousands of dollars for these local races, others have mostly self-funded their candidacies or raised in the low thousands of dollars. To that end, some of the candidates with ads in these pages have raised a lot of money, while others are at the lower end of the spectrum, yet they all felt strongly enough about the nature of our readership to at least take a shot with us.

I am proud, nearly 25 years later, to still be New Tampa’s primary source of news and information and you have no idea how much it means to me when those of you who see me out and about in New Tampa or Wesley Chapel, as I so often am, stop to tell me how much you read and love the Neighborhood News. — and even how much you enjoy our WCNT-tv segments. It certainly makes the late deadline evenings all the more worthwhile for yours truly.

A big part of why I have been able to be more involved in the sales side of this business is because for three years, I have had, hands down, not only the best assistant editor I’ve ever worked with in John C. Cotey, but truly one of the best  local beat writers/editors in the entire country — with a sense of humor to match.

John, a 16-year New Tampa resident, has been providing not only great local news and sports coverage for us since 2015, he also has found — and covered — some of the most touching and even heart-breaking human interest stories about people in and around New Tampa and Wesley Chapel we’ve ever covered.

In addition, he has continued to put his own thumbprint on the look of our publications and makes sure we cover as many stories as we can in every issue, every two weeks. He also does an outstanding job of managing our excellent freelance writers, including Brad Stager, Andy Warrener, Jarrett Guthrie and the incredible Celeste McLaughlin. (By the way, if you don’t read Celeste’s Kombucha tea and hippotherapy, which may not be what you’re thinking, stories in this issue, you’ll be missing some great stuff.)

And of course, as soon as we put a New Tampa issue to bed, John flips his hat (although he rarely wears a hat) to provide the same coverage of Wesley Chapel that he does here for zip code 33647 two weeks later.

In other words, there is no way in the world this publication would be what it is right now without him. So, that’s why I am proud to announce that John finally has gotten a long-overdue promotion. Instead of assistant editor, John C. Cotey is now the managing editor of both the New Tampa & Wesley Chapel Neighborhood News!

The best thing about that, for John, may be the fact that now, WCNT-tv senior video producer and photographer Gavin Olsen has to answer to him. Ah, good times, guys, and congratulations and thank you, John! 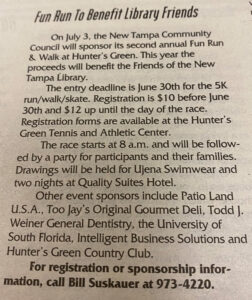 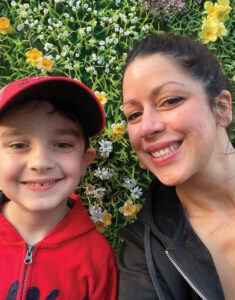 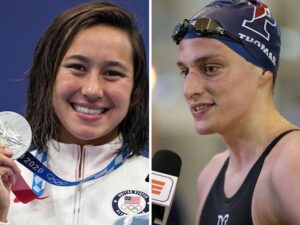