The Ever-Changing Landscape In The Chap; Plus, My Take On ‘Bohemian Rhapsody’

For those of you who remember (as I do) when Wesley Chapel’s “hotel scene” was Saddlebrook Resort and no others, and the restaurant scene included only Denny’s (which actually was located inside a motel), Waffle House and Brewmasters, it’s easy to get caught up in the hype that is “The Chap” these days.

Yes, almost all of the new restaurants that have been opening on Bruce B. Downs (BBD) and S.R.s 56 & 54 are chains, but many of them are at least chains I had never tried before — including MOD Pizza, Walk-On’s Bistreaux & Bar and even our under-construction Earth Fare grocery store — and the hotel scene continues to add not just more hotel rooms but some really nice, upscale, tourist-friendly places to not only stay, but also enjoy some really great food.

The North Tampa Bay Chamber “Celebrating Excellence in Business” awards gala at the new Hyatt Place Hotel & Sierra Conference Center was the first time I sampled the hotel’s catering fare and it was pretty good. I enjoyed the crusted fried chicken on the bone, grits and collared greens, as well as both the salad with raspberry vinaigrette dressing and the muffin-cup-sized mousse for dessert, which was available in both chocolate and strawberry.

Even better, however (at least in one editor’s opinion), is the Garden Grille & Bar at the new Hilton Garden Inn (located across both S.R. 56 and I-75 from the Hyatt Place), which celebrated its official Grand Opening on Oct. 7, with everything from housemade egg rolls and fried wontons to a beef tenderloin carving station and most impressive of all, a pasta station featuring four delicious offerings — one with ground sausage and spinach, another a putanesca style, one a unique primavera and the last was fettuccine with white clam sauce. The clams (thankfully, I’ve never had my shellfish allergy to them, at least not yet) and the sausage pastas were my favorites, but all four were served al dente and they were all excellent. Really.

That gives me even more hope for the next major hotel with a restaurant on the horizon — the Marriott-branded Residence Inn that hopefully will soon begin construction off S.R. 56 in Wiregrass Ranch, adjacent to the new RADD Sports indoor sports complex (see page 1). The Residence Inn will not only have a full-service restaurant, but also Wesley Chapel’s first rooftop bar. The hotel is being developed by the same Mainsail Lodging & Development folks who developed not only the Epicurean Hotel in South Tampa, but also recently renovated the beautiful-again and historic Fenway Hotel in Dunedin, which now features the Hew Chophouse that Jannah and I will be sampling sometime soon.

In other words, the dining scene in Wesley Chapel is going to continue to evolve and will give those of us who live and/or work here a lot more reasons not to leave The Chap.

Have You Seen ‘Bohemian Rhapsody?’

I was living on the Upper East Side of Manhattan in the 1980s when I first really saw with my own eyes how many men and women there are sharing this planet with us who were attracted to people of the same sex.

I’m not going to lie, I was shocked when I first saw two men kissing on the street, as well as some of the flamboyant “costumes” and makeup some of them wore. I even assumed that lifestyle was actually a creepy “choice” they made.

Even more shocking to me around that same time was when I found out I had not only friends, but also members of my family, who were gay. Worst of all for me (and many other heteros) was that also was when the AIDS epidemic first took hold in the U.S., primarily in the homosexual male population. So, it was easy for some people to hate on those we blamed for turning the “Free Love” generation of the late-’60s and early ’70s into the “must use condoms” generation of the ’80s in one fell swoop.

My sister Bonnie was working as an intensive care Registered Nurse at Lenox Hill Hospital in Manhattan from 1982-85, when the first AIDS patients, largely in New York, San Francisco and other major cities, began dying from it. It was a scary time and it was easy to blame the gays, even though they also were fully responsible for re-energizing previously blighted neighborhoods like the West Village and others.

But, the thing that really turned my attitude towards homosexuals around was the rock music of that era. If geniuses (please don’t even try to argue that fact) like David Bowie, Mick Jagger and Elton John (I was never a fan of the latter) were reputedly at least bisexual, I was willing to stop judging those who loved the same music I did who also happened to be gay or bi.

So, when it was first announced that the late Freddy Mercury of the rock group Queen had AIDS, I was as heartbroken as I was when L.A. Lakers star Magic Johnson (who is still alive today) announced that he was HIV-positive.

As chronicled in the Oscar-worthy new movie “Bohemian Rhapsody,” Freddy (portrayed by Rami Malek, right) was another musical genius who at first tried to pass himself off as hetero.

But, Mr. Mercury truly was more than just another gay rock star. His music forced millions of heteros who were literally dancing in the aisles at Queen concerts to accept that just because someone was gay, it didn’t mean they didn’t have talents and abilities that could transcend the hatred so many automatically felt towards them, if those folks didn’t think their sexuality alone made them bad people.

I hope those who are still certain that everyone who is LGBTQ is “diseased” and “all going to hell” will see the movie, sing along to Queen’s hits with Malek and at least try to understand that someone would have to have other serious mental problems to choose that life.

What Betty White, John Madden & Bob Saget Meant To Me 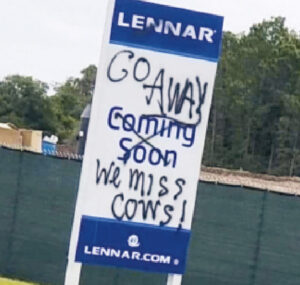