Even though Florida has a hotly contested race for both Governor and the U.S. Senate coming up in the General Election tomorrow, I honestly can’t imagine that too many of us are actually looking forward to casting ballots this time around.

Well, mid-term elections are always a hit-and-miss proposition, but for the residents of New Tampa — who will pick three new Hillsborough County commissioners and a new School Board member — I have to think that, like me, some of you are so confused by all of the constitutional amendments on the ballot that you may choose to stay home instead of trying to really figure out how you should vote on some, if not most, of them.

Even though I have a four-year college degree from the University of Florida and I’ve been a professional writer and editor for more than 35 years, it seems to me that the wording of all proposed amendments to our state constitution are designed to confuse us, which makes filling in those “No” spaces hard to resist.

So, here’s a look at just a few of the 12 amendments on the ballot — because I personally may not get very far before I just start voting no on all of them. I mean, should it really take me a half hour or more, not including waiting on line time, just to vote?

Let’s start with Amendment 1 — Increased Homestead Property Tax Assessment, which grants an additional $25,000 homestead exemption for homes valued over $125,000. Owners of homes worth more than $100,000 would also receive an increase in their exemption.

If that’s the case, why don’t they just say it’s an additional exemption for homes worth more than $100,000?

On the surface, this seems like a no-brainer. After all, who wouldn’t want an additional homestead exemption?

On the other hand, groups like Florida Tax Watch, the League of Women Voters (LOWV) and others oppose it because it would take about $700 million a year out of the pockets of Florida’s cities, counties and other taxing authorities (although it wouldn’t affect school districts), starting in 2019, according to the Florida Association of Counties.

The LOWV says the likely result will be cuts in services or higher local tax rates to make up for the revenue losses, or possibly both.

OK, so how about Amendment 2 — Limitations on Property Tax Assessments?

However, the 2008 amendment on non-homestead property value limits is scheduled to automatically repeal on Jan. 1, 2019. Amendment 2, placed on the ballot by the Florida Legislature, would make the 10-percent limit on property value permanent (a legislative analysis of the proposal is here).

Like the 2008 amendment, Amendment 2 would exclude local school district taxes from the property value limits. The limits also do not apply if the property changes hands or if it undergoes substantial improvements. In other words, if a store is built on a piece of vacant land, the property value increase would not be protected by the 10-percent limit.

Florida Tax Watch supports this amendment but the LOWV is opposed to it.

Amendment 3 — Voter Control of Gambling In Florida — is an interesting one created by a citizen initiative, that would require approval of any new casino gambling through a citizen-initiative constitutional amendment, effectively barring the Legislature (as well as the Constitutional Review Commission, or CRC) from making those gambling decisions by passing laws. The interesting thing is that the new law would not affect the state’s ability to negotiate with Native American-owned casinos (like the Seminole Hard Rock here in Tampa) or dog- or horse-racing or the state lottery.

Because it puts the decision-making power for new casinos into the hands of Florida’s residents, both Tax Watch and the LOWV support Amendment 3, although a spate of recent TV ads would tell you that it wouldn’t actually help the average Florida resident much, if at all.

Another one that has gotten a lot of attention is Amendment 4 — Voting Restoration. This amendment would restore the voting rights of convicted felons (excluding those convicted of murder and felony sex crimes) who have served their time and paid their restitution without the current 5-7-year waiting period.

Again, this seems like a fair law, especially in light of statistics quoted by the LOWV (which helped write the amendment) that the recidivism rate for those who have had their voting rights restored goes down by 30 percent.

It seems to me that those who have served time for felonies may have more important things on their plate — like finding a job, getting back to normalcy with their families, etc. — than whether or not they should vote, but this one at least seems to make sense.

I also think that constitutional amendments are important enough that legislators shouldn’t be able to tack unrelated issues onto them. For example, is Amendment 6 about the rights of crime victims or the retirement age of judges? And how are those two things related? 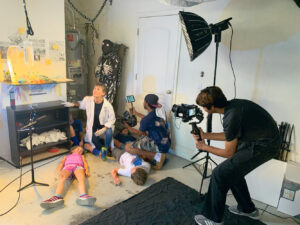 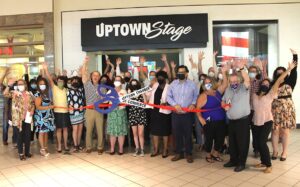 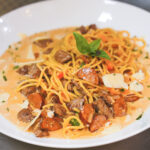 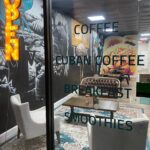 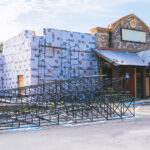 Kobé Steakhouse Moving Down The Road 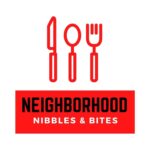