The Cypress Creek girls soccer team played its inaugural season last year, and like you might imagine any first-year program with a first-time coach working with a roster of freshmen and sophomores struggled and won only three matches.

While that first season may have created modest expectations for this year, the Coyotes blew those to smithereens this past season, which they put a stamp on with a regular-season ending win over a 16-4 Wiregrass Ranch squad.

That win gave the Coyotes the county’s Sunshine Athletic Conference East championship. It is the first title, and sports trophy, for the second-year school.

“We just kept winning and the stakes kept getting higher,” says Coyotes coach Jennifer Richardson. “We were hoping to have something to put in the trophy case.”

Right now, the trophy case at Cypress Creek has a picture of the team and a ball in it. Thanks to goals from juniors Abby Murphy and Sophia Mitchell, who combined on a corner kick with two minutes left to beat the Bulls 2-1, that is about to change.

“Becoming conference champions wasn’t an expectation for us in the beginning of the season,” said Mitchell, who scored nine goals this season. “I honestly would have been happy with just a winning record. We started out our season with an 8-1 win over Gulf, and both Emily Dominguez and I had hat tricks in the game. There couldn’t have been a better season opener. After that, we just kept on winning.”

The Cypress Creek girls were 7-0 in conference games — including a 3-2 win over Wesley Chapel and the 2-1 title clincher over Wiregrass Ranch — and 13-4 overall.

It was a 3-2 win in December, over county powerhouse Land O’Lakes, which had advanced to the state final four the previous three seasons, that convinced the young Coyotes something special might be in store for this season.

“That was a tough, physical game,” Richardson said. “After that, we realized that we could really accomplish something this season.”

While expectations were low to start the season, they grew quickly, as the wins piled up and Regan Bourne (team-high 13 goals), Mitchell (9) and Dominguez (9) began to rack up goals.

The team’s success in Pasco County, however, couldn’t be duplicated elsewhere, due to the misfortune of being placed in a brutal district, Class 2A District 9, with the likes of Berkeley Prep, Academy of the Holy Names and Clearwater Central Catholic. The Coyotes lost to all three during the season by a combined 15-1 score, but took Berkeley Prep the distance in the district playoffs, falling 1-0.

Of the 17 players on the varsity roster, only three are seniors and only senior Katelyn Leavines was a starter. The Coyotes are hoping to jump out of 2A-9 and into 3A-7 with Wesley Chapel and Pasco, or even 3A-8 with Land O’Lakes and Sunlake.

“I’m hoping they re-do the numbers and move us out of the classification,” Richardson said. “We’re sitting at around 1,100 students now for high school, and we’d like a chance to be more competitive in 3A.”

An FHSAA meeting in March will determine re-alignments for winter sports teams. Currently, the parameters for student population in 2A are 432-1,199 students. Class 3A’s range is 1,200-1,720.

“I can’t wait to see what next season will look like,” Bourne said. 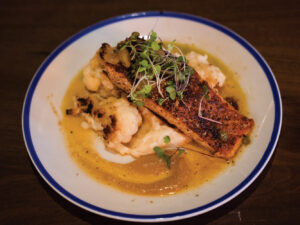