Doug Greseth is the all-time winningest coach at Wesley Chapel, with a 300-164 record leading the boys basketball team.

He removed the poster of the 1995-96 Chicago Bulls team that won 72 games. He packed up boxes of trinkets and papers accumulated over 36 years of teaching physical education and 34 years of coaching.

After 17 years at Wesley Chapel High (WCH), a tenure that included a 300-164 record — the most wins of any coach at the school in any sport — Wwildcats’ boys basketball coach Doug Greseth has officially hung up his coaching whistle.

He’s certainly earned it. Greseth has played and coached basketball for more than 50 years and, including his previous tenure at Tampa Jefferson (1999-2002) and Okeechobee (1983-96) high schools, his coaching record was 533-325 overall

“I think kids really like discipline,” Greseth said about the secret to his success. “I think they like leadership. I think they like organization. I don’t think there’s anything wrong with being demanding with kids.”

His best seasons at Wesley Chapel were back-to-back 24-5 records in 2011-12 and 2012-13, including a District championship and two Sunshine Athletic Conference Coach of the Year awards.

Forward Erik Thomas, the school’s all-time leading scorer (2,138 points) and rebounder (1,203) and the 2013 Class 4A Player of the Year, starred on both of those teams. Greseth, who also spent time as an assistant coach at the University of Tampa, said Thomas was the best he ever coached, and the two still stay in touch.

“Playing for Greseth in high school is what helped me grow into the player I am today,” says Thomas, who is currently playing professionally in Argentina. “He was an awesome coach that really cared about his players and it showed in our performance. The fact that he is always willing to welcome me with open arms says a lot about his character and, to this day, we still remain connected.”

Greseth, who remembers high school basketball when the 3-point line was taped on the court because it was experimental prior to 1987, also fondly recalled guard Chase Bussey, the leading scorer from his first Wildcats team, forward Greg Jenkins (who went on to play football for the Oakland Raiders) and forward Isaiah Ramsey, the leading scorer on his last four WCH teams.

Peter Livingston, 36, has coached the girls basketball team at Wesley Chapel for the past six seasons, and he says the school has big basketball shoes to fill, not only for Greseth’s on-court successes, but because of the intangible benefits the coach brought to WCH.

“The administration will be sad to see him go because you could always go to coach Greseth and he straightened things out,” Livingston says. “One of the kids got caught doing something and the administration said they weren’t going to give him a referral, but they were going to go tell coach Greseth, and the kid said, ‘No, no, please, give me the referral!’”

Known as a defensive-minded disciplinarian, the 63-year old son of an Air Force officer used his man-to-man defense to turn young boys into successful men.

More than 40 players Greseth coached went on to play basketball or football in college, including one in the NBA and three in the NFL. 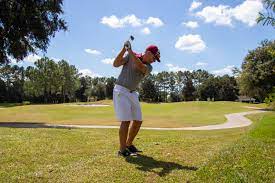