To use a sports metaphor, you might say that the Florida Sports Coast, from the moment it was created as Pasco County’s new tourism “brand” in 2018, jumped out to a huge lead, outscored the opponent, boasted a deep bench and an impressive farm system and was on top of the world.

Then, it was as though every single player got injured.

That pretty much describes Pasco County’s tourism in the era of Covid-19.

But, players heal from injuries and so, too, is the Florida Sports Coast ready to get back on the field. Despite rising numbers of positive cases of the virus in June, Pasco County tourism director Adam Thomas has been eyeing July as a launching point for a major comeback.

“July will be big,” Thomas says.

The Tohrs Roller Hockey National Championships accounted for 1,800 hotel room nights in 2019, although those numbers were expected to be down in the current Covid-19 environment. The tournament was held last week at AdventHealth Center Ice; according to the event’s schedule posted online, roughly 130 teams competed.

On the leisure tourism side, scalloping season (July 17-26) is one of the county’s more popular events. Thomas says more than 300,000 people took part or were impacted by the bay scallop season last year.

“People look forward to that,” he says. “It’s a seasonal activity. And, you can practice social distancing in the water. It’s a fun, family activity…like a great underwater Easter egg hunt.”

This will be the third season for scalloping in the county. In 2018, the Florida Fish and Wildlife Conservation Commission (FWC) finally granted Pasco County an annual scallop season following a 25-year hiatus.

Participants can collect up to two gallons of the bay scallops per day. There are a number of areas on the west coast of the county from which to collect them, from Anclote Village Marina to Hudson Beach Marina, as well as a number of local fishing guides who will be happy to help you catch your limit.

Thomas is hoping both events can begin the reboot of what was expected to be a record-setting year for tourism in Pasco.

In late March, hotel occupancy dropped to 18-20 percent, and is only now back up to around 44 percent. In April of 2019, the county pulled in $430,000 worth of tourist tax revenue, compared to just $93,000 this past April, which is typically Pasco’s biggest tourism month.

The county and private facilities like AdventHealth Center Ice, had to cancel a number of events that typically fill local hotel rooms, like the 2020 Adult Men’s and Women’s National Ice Hockey Championships on back-to-back weekends in April.

The county was projected to pull in $3.2 million in tourist tax dollars in 2020, which Thomas says would have been the largest total ever. And, Pasco’s tourism was on pace to hit a number of historical marks.

“In a matter of three months, we went back three-and-a-half years,” says Thomas, who adds that a full recovery could take 20-24 months.

There was some good news —while many events were outright canceled, 13 events have been rescheduled or postponed to a later date.

The county has launched a Get Back To Adventure recovery marketing plan, hoping it encourages people to visit and leave their homes.

“We’re now seeing additional booking that is going to increase our economic impact and demand for visitor and consumers alike to come and enjoy what our destination has to offer,” he says.

For more information about scallop season and other tourism plans, visit  FlSportsCoast.com. 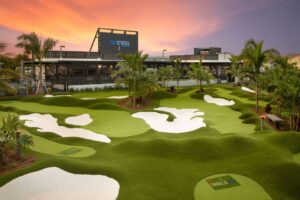 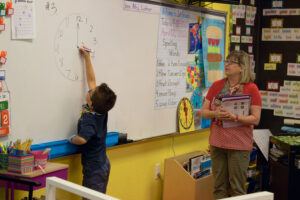 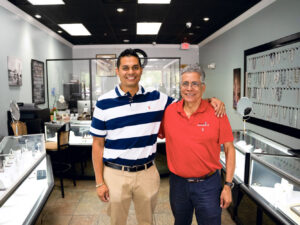 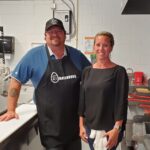