As a native New Yorker raised on bagels and lox (aka smoked salmon) and bacon, egg and cheese bagel sandwiches, but who has been living on the west coast of Florida since 1993, one of the hardest things for me to find in our area has been true, New York-style kettle-boiled-then-baked bagels that tasted anything like those I had been enjoying since I was a child.

Yes, there is a place in North Tampa, another in Clearwater and one in Brandon, but until recently, no such “legit” bagel place has existed in New Tampa or Wesley Chapel.

Daniel Kurland is a New Jersey native who first moved to the east coast of Florida and was living in Vero Beach when he first tried a Brooklyn Water Bagel Co. bagel.

“I grew up on bagels,” Daniel says. “Every town in New Jersey had a couple of bagel places. But, when I moved to Florida, it was hard to find good bagels.”

Daniel says he was a steady customer of the Vero Beach Brooklyn Water Bagel Co. before he moved to near Wesley Chapel three years ago and says, “I was shocked by the lack of not only good bagel places, but of breakfast places in general. Not even a Denny’s or an IHOP.”

So, Daniel, who has had many previous careers, including a “dot com” business that he sold. He owned and operated a bar in Ft. Lauderdale before moving to Vero.

“Owning a bar, I liked being part of the community and I was looking for that feel again,” he says, when he found what he believed to be a perfect location for a Brooklyn Water Bagel Co., on S.R. 54, just west of I-75, in an existing strip center at the front of developer Mark Gold’s fast-developing Grove property.

Daniel says that the thing he first liked about Brooklyn water Bagel Co. was the fact that just about everything is made in-house, using water that is “Brooklynized” right in the store.

“We use the water to not only make the bagels, but also our coffee (more on that below) and our desserts (ditto),” he says. “I really think it makes a difference,” and the location’s growing roster of regular customers seems to agree with him.

“Our most popular ‘regular flavors’ of bagels are probably the everything and plain,” he says. “If we ever run out of those, we might as well close our doors.”

And, while my personal favorite Brooklyn Water Bagels are the Black Russian (pumpernickel) with (sesame) seeds and the white sesame and poppy seed varieties, Daniel says that there are a few other flavors he can rotate in and out.

For example, although he always has cinnamon raisin bagels in his bagel bins, he recently has been selling cinnamon crunch bagels that are proving to be pretty popular, and others like blueberry and egg that can be rotated into the selection. “We’ll even do an olive cream cheese in the spring.”

My favorites at Brooklyn Water Bagel Co. are the “Williamsburg,” with authentic Nova Scotia-style smoked salmon, cream cheese and tomato (I hold the onion it comes with) or a bacon, egg & cheese on a double-toasted bagel. But, Daniel says the “not-spicy” chorizo sausage sandwich shown below is among his favorites, as are the made-to-your specifications fluffy omelettes next to the chorizo sandwich above. Photographer Charmaine George added spinach, mushrooms and bacon to that omelette, which was served with two crispy hash brown “cakes.”

Also available are the “Brooklyn,” with bacon, sausage and ham, eggs and cheese, and the “Jersey Boy,” with Taylor ham, eggs and cheese. There’s also a “Greenpoint” with scrambled egg whites, spinach, mushroom and Swiss on a scooped, toasted whole wheat bagel. You can even get fresh avocado on a bagel.

The lunch menu is limited to tasty NY-style basics — a corned beef Reuben (with sauerkraut, Swiss and 1000 Island or spicy mustard on rye), a turkey or pastrami Reuben (with the same toppings) called “Rachel,” and tuna and chicken salad melts. I have tried all but the chicken salad and so far, so delicious.

I’ve also made my own sandwich from the Brooklyn Sandwich Board with corned beef and pastrami, although there’s also house-roasted chicken and even whitefish salad. Charmaine also enjoyed the roasted chicken, bacon & avocado wrap above.

Don’t miss the beverages, either. I’m kind of addicted to the Brooklyn Infusion coffee, flavored with vanilla, caramel and Kahlua, although there also are dark and medium roasts, as well as decaf and pumpkin spice varieties. The same flavors are available cold, too, as iced coffee “Cubstas,” and there’s also CinnaBuzz coffee with extra caffeine. There’s even actual coffee-flavored ice cubes at the coffee bar and fans of authentic egg creams will find New York’s beloved Fox’s U-Bet chocolate syrup and soda fountain seltzer.

The decadent dessert options include legit black-&-white and chewy chocolate chunk cookies, plus house-baked muffins, in flavors like cookies & cream and a mixed-nut “stud muffin.” Daniel says the only dessert items not baked in-house are the variety of different rugelach, a rolled Jewish-origin pastry available in chocolate, cinnamon, apricot and other flavors. 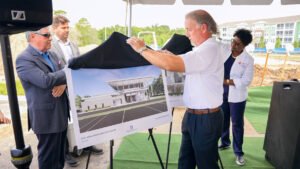 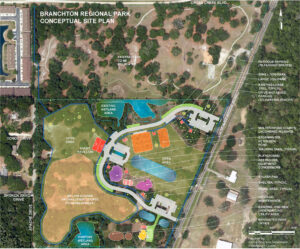