Brian and Amy Makarski had the safe life, with secure, well-paying  jobs in Baltimore working in the copier industry, in the middle of a pandemic when many people were losing jobs and too many of those who weren’t were living in fear.

However, while everyone else may have been hanging onto their jobs for dear life, Brian and Amy decided to do the opposite.

They took their hobby of cooking and catering, married it to an investment in a food truck and moved full-time to New Tampa to start Charm City Eats, a mobile eatery specializing in authentic Maryland crab cakes — broiled, not fried, and don’t forget the Old Bay seasoning — and other tasty regional dishes.

“We were incorporated in June, left our jobs to concentrate full-time on it and started distributing food to focus groups in Maryland to get the recipes just right,” said Brian. “Then, we sold our house in October.”

Neither of them have any regrets. Amy says they have never worked harder in their lives, and are physically exhausted by the end of most days. Some days, she says it feels like they have worked all 24 hours.

“I wore heels and a suit and ran a sales team, sold high-ticket items, but this, this is physically taxing,” says Amy, who was born in Baltimore. “The amount of dishes, the amount of prep sauces, it’s physically demanding. But, it’s more fulfilling working for yourself.”

Brian, a New Jersey native who attended the University of Central Florida in Orlando, had been commuting back and forth from K-Bar Ranch to Baltimore, where Amy lived, for the past decade or so. In fact, he says he was one of the first K-Bar residents in 2012 when he built the home that is now the Makarskis’ full-time residence.

When Covid hit, however, the family — they have four kids ages 7, 9, 13 and 14 between them — was in Baltimore and quarantined, not leaving the house for months. When they finally did leave, it was for a new life.

“Everyone seems to be shocked that we would do that,” Brian says. “Giving up (nearly mid-six figures) to run a food truck? But, we felt we were stable enough financially to do this. We planned it out. We had all the angles covered. A lot of people thought we were a bit nuts. But if we don’t do it now, we’re never gonna do it”

Even before moving to Florida, Amy had arranged bookings for their first two months in Tampa Bay. She and Brian took advantage of a Pasco Economic Development Council (EDC) food business incubator in Dade City to help launch, and business has been even better than they expected. After meticulously laying out a business plan with reasonable projections, Brian says that, after four months, Charm City Eats was way ahead of our forecast. Our success, we feel, has been spectacular.”

Brian says they are filling a void. On his many trips to the Tampa area, he couldn’t help but notice the lack of true Maryland fare in the area. He and Amy even did a tour of Tampa Bay and Orlando, trying every crab cake they could find and found them all lacking.

Brian says the food sold at Charm City Eats is as authentic as it comes. Nothing is frozen, and they prepare everything fresh daily in a commercial kitchen they rent space from in Lutz. Everything is made from scratch — and even the actual food truck was built from scratch.

In addition to focus groups in Maryland, the Makarskis say their own creativity helped forge their menu.

The crab cakes are the food truck’s specialty. Two of their most popular menu items are The Double Down Sandwich, a crab cake topped with hot blue crab dip, and the Crabby Patty is a quarter-pound grass-fed Angus beef burger topped with the blue crab dip. The dip is Amy’s grandmother’s secret recipe, and Amy says she makes up to 16 quarts of it a day.

While the name of their food truck is a nod to one of Baltimore’s nicknames —  “Charm City” — so are some of the menu items. The Wire is a nod to the legendary HBO crime drama series, which is based in Baltimore. The pickle-brined, double-dredged Sweet Heat chicken sandwich, with tangy cole slaw, is a best seller. Brian said he spent six months perfecting the sweet heat chicken.

And, The Gronk has become a best seller as well, but it’s not on the menu. You just need to be in the know to order it. Named for Tampa Bay Bucs’ tight end Rob Gronkowski, The Gronk is truffle crab Mac and Cheese stuffed inside a Crabby Melt.

While Amy and Brian spend a lot of time in the truck, they have two cooks who work full-time as well.

“Amy and I have certain expectations,” he says. “(The food) needs to look the way I want it to look.”

Amy and Brian don’t intend to spend the rest of their lives in front of a fryer. This is not their end game, they say. They are already close to opening a second Charm City Eats truck in Las Vegas, where they finalized expansion plans and got married this past New Year’s Eve.

They see a lot more major expansion in their future. And no, they have no interest in opening a brick-and-mortar restaurant.

“We nixed that idea before we were even incorporated,” Brian says.

Instead, the Makarskis take great pride in finding unique, popular spots to set up their truck. Trying to zig while everyone else is zagging, Brian says. They have been to various breweries (including Florida Ave. Brewing Co. on S.R. 56), dozens of local neighborhoods (such as Epperson Ranch, Arbor Greene and Cory Lake Isles), festivals like the Great American Redneck Biker Bash in New Port Richey and private catering events.

As small business owners, Brian says it’s hard work and there are certainly endless obstacles to overcome. But, they have never been happier. He says a good night in the truck is more satisfying than his last $10,000 commission check with the copier company. And sure, he misses his ties and suits, but when someone stops by to pick up dinner for the family because the food is so good, he bursts with satisfaction.

“When someone tells us our food takes them back home and should be illegal it’s so good, that gives us more joy than selling a copier ever did,” Brian says.

If you want to check out where Charm City Eats will be next, or see what else is on the menu, visit CharmCityEats.com. 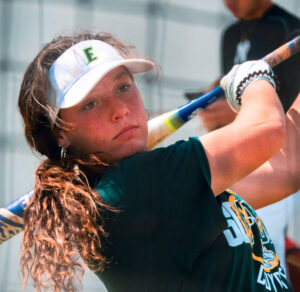 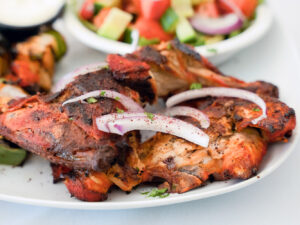 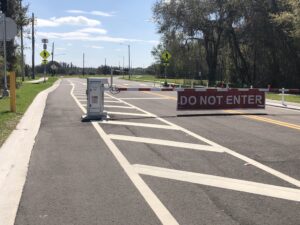 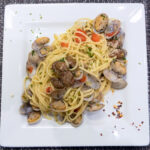