Cypress Creek High is only a four-year-old school, but it has already earned district championships in several sports. And now, you can add girls lacrosse to that list.

The Coyotes, who started as a club team in 2018 before becoming an official varsity sport in 2019, won the school’s first lacrosse District championship (Class A-District 5) in April when they defeated Lake Wales 11-10.

That was followed a week later by a loss to nationally-ranked Orlando Lake Highland Prep in the A-2 Regional playoffs, but Cypress Creek finished 15-5 and won all six of its District games.

Quite a turnaround for a program that could barely field a team its first season.

“We had a couple of years under our belt and then, this year, it just kinda clicked,’’ Coyotes coach Jason Alvis says. “They had experience. It was amazing how much it took off because of that.’’

It’s also amazing how far the team has come since its inaugural season.

Alvis, who never played lacrosse but got into the sport just through attending oldest daughter Jordan’s club practices as a freshman for Wiregrass Ranch High’s club team, petitioned Cypress Creek at the behest of his daughter to see if the school could start its own club team.

The school said okay, but had one question: “Who’s going to be the coach?,’’ Alvis remembers.

Even though he was not a teacher on campus, because it was only a club team, it turned out Alvis was going to be the coach.

In 2018, he formed the club team, using players from both Cypress Creek and Wesley Chapel high schools and playing other high school club teams. While club lacrosse isn’t sanctioned by the Florida High School Athletic Association (FHSAA) and you don’t compete for district or state titles, the Coyotes did get to play an international friendly against Cheltenham High School from the U.K.

“After the game, the girls exchanged stories and gifts,” Alvis says. “It was quite the experience.”

However, because lacrosse wasn’t exactly a well-known sport and had to compete for players with the more established spring sports like tennis, softball and track and field, it was tough to drum up interest the first year. Alvis says he never had more than 16 girls in 2018; you need 12 for a full lineup.

“It was bad,’’ Alvis says. “I had four or five girls at any one practice. With me not being on campus, I couldn’t recruit. I told some of our club girls that they had to find multi-sport girls and get them to try lacrosse. We had just enough girls to field a team.’’

In 2019, the Cypress Creek lacrosse team was sanctioned by the FHSAA and could play other high school teams. The Coyotes finished 7-9 that year, and started off the 2020 season 6-3 with mostly underclassmen before Covid-19 ended the season.

With a group of 10 seniors and some talented underclassmen returning, Cypress Creek was ready to prove itself this season. With a much-more-competitive roster of 23 players, the Coyotes started with 7-0 and 10-1 records, on the way to a 15-5 season. Two of their five losses were by a single goal.

The experienced Coyotes powered their way to an unlikely appearance in the District A-5 championship game. After trailing 9-4 at halftime, they showed some of the resilience built up in their early years and locked down Lake Wales, holding the Highlanders to one goal in the second half to win 11-10 and capture the District title.

“I didn’t know what winning was like,’’ says junior midfielder Liberty Mermerian, who says she won two games in two years for her previous high school team in Boise, ID, before transferring to Cypress Creek. “I found out it was about the work you put in. My first high school team, we didn’t really put in much effort. But here, when we won that District (final), it was all about the attitude of our players and the amount of effort we put in. When we all celebrated on that field and everybody was hugging each other, that was an earned moment.’’

Two players were named to the second team: Mermerian and Kendall Smith.

Despite losing 10 seniors to graduation from this team, Alvis believes the success is just beginning for this program. There will only be three seniors next year, but he knows there is talent in the younger classes, including his daughter Jenna, who will be a junior.

“And I’ve heard that with our success, girls from other sports are saying ‘Hey, I think I’m going to try lacrosse now,’’ Alvis says. 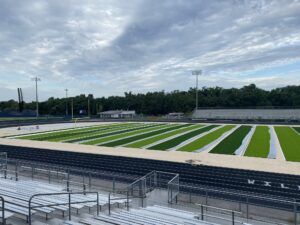 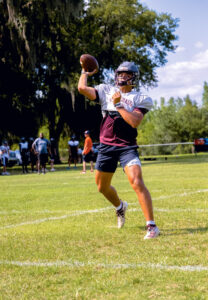 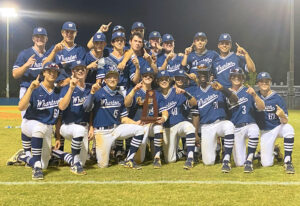