Friday, August 27, is the season opener for the Wharton and Freedom football teams, who will open the season against each other.

As if Freedom (1-9 last year) didn’t have enough of an uphill climb against the Wildcats, who won this meeting 50-0 last year, the Patriots also will have to deal with what could be a raucous opponent and fired up crowd as the school also debuts its new artificial turf field, which was installed over the summer, for a regular season game.

Wharton will have more offensive weapons this season so expect more scoring, but the Wildcats defense alone may be worth the price of admission.

The group allowed only 10 points a game last season, and could make a claim as one of Tampa Bay’s best.

Almost every defensive player is back, and the linebackers are outstanding. Senior Daveon Crouch has orally committed to Boston College, senior Henry Griffith led the team with 82 tackles, including nine for a loss, in 2020, and sophomore Booker Pickett, Jr., (pictured) was named a second-team MaxPreps Freshman All-American.

They say defense wins championships, but Wharton has a few obstacles to overcome if they are going to prove that true, namely, one of the toughest schedules the team has ever faced.

Led by Division 1 signees Michelle Morgan (Univ. of North Carolina) and Carly Joerin (Dartmouth College), the Patriots return just about everyone from the squad that finished seventh at the Class 3A meet last season.

“We were second in the District, second in the Region and seventh at State,” says second-year coach John Olewski. “We expect even better things this year.”

Morgan was the State champ in the 200-yard individual medley and added a silver in the 500-yard free while anchoring the 400-yard freestyle relay that won bronze.

Joerin also swam on that relay, as well as the 200- and 500-yard freestyles.  Alexa Valdez-Velez also swam on the brone-medal-winning relay team, and is a key returner.

Olewski says he has 27 swimmers, and every event is covered and then some this season. “We’re definitely looking forward to it,” he says.

SPEED RACER: Brooke Reif has her sights set on breaking Wharton’s cross country record of 18 minutes, 34 seconds in the first meet this season, then getting her times under 18 minutes, and then leading the Wildcats back to the Class 4A state meet as a team after missing out last year.

Luckily for her last goal, she will be counting on the return of the whole team — seniors Alex Frye and Alexi Amer, junior Olivia Hammill and a handful of others.

“We have everyone back,” she says. “I think everyone has improved and we’re much better. State is our goal.”

Reif and Frye could be a formidable top duo this season. They were the only Wildcats last season to advance past Districts, with Reif getting past regionals en route to a 31st place finish at State.

While Reif’s times were nothing special last season in cross country, her track season was so exceptional the experts at flrunners.com think she’ll have a cross country breakthrough. Reif was third in both the 1600- and 3200-meter runs at the Class 4A State Championships, performances that lead flrunners.com to rank her No. 10 in the entire state in their preseason cross country rankings.

HIGH FLYING: While 6-foot-3 senior middle hitter middle hitter Bella Bonatakis (pictured) wants to play the toughest competition out there, you’ll have to excuse her for not shedding a tear when she found out that Wharton was no longer in the same district as Plant.

“Maybe it’s a little bit of a relief?,” Bonatakis said with a wide smile.

A little? Wharton has made the District final eight of the last nine seasons, and lost six of those games to Plant. Of all the teams that Wharton has ever played at least five times, it only has losing records against Carrollwood Day School, Bloomingdale and…Plant.

Throw in setter Danielle Galfond to help run the Wildcats’ 6-2 offense, future star Paige Boyd and returning hitter Ja-Niya Lamar, and a deep bench, and — Plant or no Plant — the Wildcats have all the makings of a team that can win that elusive Distrct title. 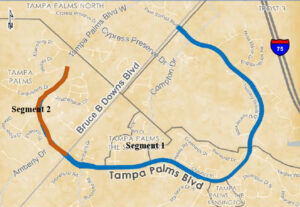