When Pasco County Superintendent of Schools Kurt Browning walked into a mostly empty Cypress Creek Middle School cafeteria in November, Joann Ortiz Ramos stopped cleaning tables to jump up and down and exclaim, “Oh, you gotta be kidding!”

Ramos knew immediately that Browning was there to surprise her with the news that she was chosen as Pasco County’s School Related Personnel of the Year award winner.

The award recognizes one non-instructional employee in Pasco County Public Schools for his or her outstanding and significant contributions they make to their school and to the district.

The fact that Ramos was cleaning tables is fitting. She was chosen for the honor because she is constantly going above and beyond her job responsibilities and doing things that are completely outside of her role as a discipline instructional assistant at the school.

Cypress Creek Middle School principal Tim Light says Ramos’ job is to handle student discipline that does not require the intervention of an administrator.

“She does the minor stuff, and there’s a lot more of that than the major stuff,” Light said. Ramos reviews referrals, ensures that every student receives due process, and then assigns consequences if warranted. She also brings certain offenses to the administrative team and supervises both detentions and Saturday school.

Her job most definitely is not cleaning tables in the cafeteria, yet that’s where she was found when the superintendent came looking for her.

“We are so proud of you,” Browning said. “Thanks for what you do.”

Light said the superintendent couldn’t have chosen a better candidate to represent Pasco County Schools as a nominee for the state’s award.

SRP winners from every county in Florida — including Ramos — are nominated by their superintendents for the Florida Department of Education award program, which chooses one statewide winner and four finalists.

“It speaks volumes to the job she does that she was chosen,” Light said. “Joann is the epitome of who warrants this prestigious award. She lives and breathes her job, and she’s also at every after-school event, at every school dance and sporting event, always helping out. I’ve never seen anyone work as hard as she does. She’s very deserving.”

As a volunteer, Ramos serves as the unofficial leader of the school’s ABC program, which provides meals, clothing, school supplies and hygiene products to students in need. Light said Ramos never hesitates to assist a family at a moment’s notice, whether it’s providing them with these items or acting as a translator.

She has been in her current role for three years and started her career with Pasco County Schools five years ago.

“There is no mistaking Joann’s love for her students, peers, school and community,” Browning added in his nomination letter.

The State education award winners will be announced in March. 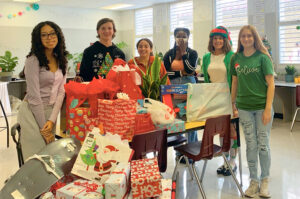 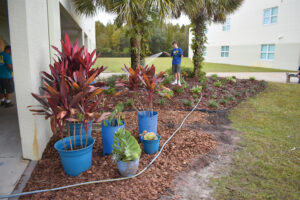