Cypress Creek High track and field coach Steven Rivers loves coaching, but as his team showed up for the first day of practice in 2021, he was contemplating making this his last season.

Then he saw Tiffany Colin, and she was running. Her stride was a little unrefined, but it was graceful, fluid and, heck, maybe even special.

“I saw her and I got mad,” Rivers says, with a wide smile. “I had one foot out the door and this girl had the nerve to show up here. I called my wife and told her this new girl could be really really good, and she said, ‘Well, it sounds like you have another adopted daughter,’ and she hung up the phone.”

What Rivers has is the fastest girl sprinter in Pasco County.

When the Class 3A, District 7 meet is held at Cypress Creek on April 28, Colin will be favored to win all three events. The top four finishers in each event advance to the Class 3A, Region 2 meet, which will include teams from speed-rich areas like Lakeland, Orlando and Tampa.

Rivers says Colin also currently has the top times in the 100 and 200 in the region, but now is the time of the season to begin shaving time off.

Heading into districts, Colin is hoping to become the first Pasco County girl to run a sub-12-second time in the 100m since 2016, when Pasco High’s Alfreda Steele was dominating the local scene and winning state championships before competing at the University of Miami and nationally.

Rivers coached Steele, and a few other speedsters currently in college, and thinks Colin could be next. Especially if she can get her 100 time under that 12-second mark.

“She has an outstanding work ethic, and is just a joy to coach,” Rivers says. “All those kids in college are there because they wanted it. They beat me to practice. They didn’t complain. That’s Tiffany.”

Colin was rezoned to Cypress Creek after spending her freshman year at Wiregrass Ranch, where she golfed, played basketball and ran track for fun after winning the county middle school title in the 100.

She has golfed since she was six years old, learning the game at the First Tee program at Tampa’s Rogers Park. She played a number of junior circuit tournaments and even qualified twice, she says, for the Florida High School Athletic Association (FHSAA) State Championships.

However, during quarantine, her dad Eddy showed her a YouTube video of the day in the life of Texas Tech track athlete Rose Njoku. Colin was fascinated, and decided then she wanted to run track in college. She even practices in a Texas Tech t-shirt these days.

While she also golfed this past season for the Coyotes, Colin says she is hanging up her bag so she can focus on getting faster.

“I like golf, but not that much anymore,” Colin says. “When my dad showed me that video, it opened my eyes. I was just like, ‘Oh man, I want to run track seriously.’”

Rivers says he knows she will reach her goals, because of the one time she failed to do so. After going undefeated last year in the county, she fell behind against stiffer competition in the 100 at the District meet and even wiped out at the finish line trying to stretch forward, ending her winning streak

Rivers says Colin’s competitive fire burned like he hadn’t seen it burn before.

“She was mad; I’ve never seen her like that,” Rivers says. “She lost, and she shouldn’t have lost, and she knew it. She was hot, and I was laughing because I loved it.”

Colin doesn’t have any college scholarship offers yet, but Rivers says he has had some feelers. When she asks why no colleges have called, he tells her that while she has garnered some attention, she hasn’t done enough yet. 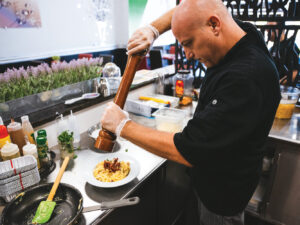 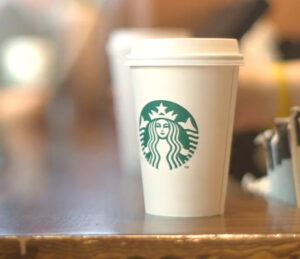 Another Starbucks for Wesley Chapel? 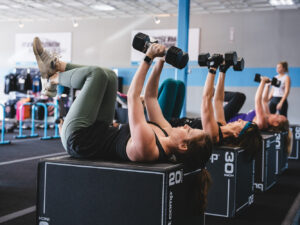