MOJO FUSION: Although it wasn’t quite open when we went to press (it is open as you’re reading this), Jannah and I were fortunate enough to be able to attend the Friends & Family pre-opening of Mojo Fusion, the Latin Fusion restaurant owned by Luis Ledezma and his family. Ledezma, who has years of experience in the food business, is from Venezuela, but promises that his menu at the first restaurant he has owned also includes Cuban, Mexican, Puerto Rican and even Argentinian-style dishes on its smallish — but delicious — menu.

MAEBERRY CO.: MaeBerry Co., the brainchild of Monica Russo, a Wesley Chapel resident who previously sold her baby clothes and accessories online only, opened the day before we went to press and I was so impressed with MaeBerry’s super-soft, breathable Hanlyn Collective Game-On bamboo pajamas that I bought a pair for my grandson Jackson (picture, right).

MaeBerry has lots of baby teethers, Itzy Ritzy diaper bags and so much more in one of the smallest spaces we’ve seen at the KRATEs that you really should check it out for yourself.  For more information, visit MaeBerryCo.com or search “MaeBerry Co.” on Facebook.

EL PRINCE MEDITERRANEAN: Continuing our ongoing tour of the newest KRATEs to open at The Grove, El Prince Mediterranean, which has only had locations in Middle Eastern destinations like Dubai and Qatar, has opened its first U.S. location right here in Wesley Chapel.

I’ve only sampled a couple of items at El Prince so far, but both the meat shawarma (photo; which is delicious, marinated sliced ribeye beef roasted with Middle eastern spices, topped with onions and tahini sauce that I had them put on the side) and the El Prince salad (with dice lettuce, tomatoes, cucumber, peppers, onions and a savory vinaigrette dressing) were super yummy.

For the full menu and more info, search “El Prince Restaurant” on Facebook or visit ElPrinceRestaurants.com.

Other KRATEs that were hoping to open by the time this issue reached your mailbox but will likely take a little longer to open are The Bacon Boss (one of our favorite local food trucks, with amazing burgers and more, opening its first actual restaurant) and Palani’s Hawai’i Noodles, both of which are now planning to open sometime later this month. 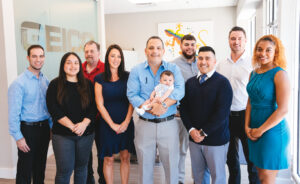 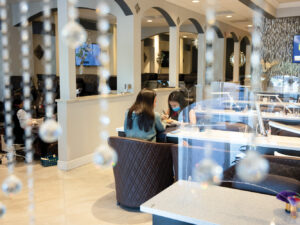