New Tampa says good-bye to several beloved and long-serving principals at the end of the 2021-22 school year, including Chiles Elementary’s Dr. Teri Evans and Benito Middle School’s John Sanders, who are both retiring, Liberty Middle’s James Amiratti and Maryann Lippek, who is moving from Tampa Palms Elementary (TPE) to Schmidt Elementary in Brandon.

Lippek has been at TPE since the school opened in 2004, and has served as its principal since 2014. She is being replaced by Angela Gluth, an assistant principal from Heritage Elementary.

Frank Diaz is coming over from Webb Middle to replace Amiratti.

At Chiles, Evans will be replaced by Todd Connolly, who is moving from Riverhills Elementary in Temple Terrace.

Evans became a teacher after raising her kids as a stay-at-home mom. First entering the classroom at 40 years old, she then spent her entire 24-year career in New Tampa. She taught at Chiles, Hunter’s Green and Pride elementaries, then returned to Chiles as principal nine years ago.

“I’ll miss the whole Chiles community — the families, the kids, and the teachers,” Evans says. “It’s the best place, my home, and I’ve made lifelong friends (here).”

She looks forward to a change of pace, spending time with her grandkids, reading and traveling.

Evans adds that the school will be getting a new air conditioning system over the summer, so the building will be closed. The office will temporarily move to Tampa Palms, which is where new principal Connolly will work until the new A/C upgrade is complete.

Meanwhile, at Benito, Brent Williams takes over as principal for the retiring Sanders. Williams was most recently principal at Memorial Middle School in Tampa.

Williams has been an educator for 27 years, previously working in Alachua and Miami Dade counties before moving to Hillsborough in 2006. Over the course of his career, he has served as a teacher, peer evaluator, assistant principal and principal.

“I truly appreciate and admire the work that has been done here by Mr. Sanders,” says Williams. “I look forward to working with an exceptional group of faculty and staff members to continue the great tradition of excellence at Benito Middle School.”

Williams says he comes from a family of educators and that his wife Sonja also is a teacher in Hillsborough County.

He expects to be highly visible to students in the hallways, classrooms, cafeteria, and at the school’s extracurricular activities, and says that his door will be always open to them.

“I want them to think outside the box and have a voice on what their experience here at Benito will look like,” he says.

Math teacher Daniel Gostkowski says he and many others are excited to welcome their new leader to the school.

“He seems very genuine,” Gostkowski says of Williams. “He genuinely cares about the kids, the community and the people in the building.”

The Hillsborough County Council of PTAs/PTSAs announced this year’s countywide award winners at a ceremony on May 19. Several New Tampa schools took home trophies for their efforts this year.

The school also took home an award in the Educational Program category, and Freedom also won the high school category for Top Community Partner, which honored Infinite Edge Learning Center (also located in Tampa Palms) for its support of the school.

Wharton also won in the Health & Safety category for its comprehensive support of the school’s nurses and clinic throughout the year. 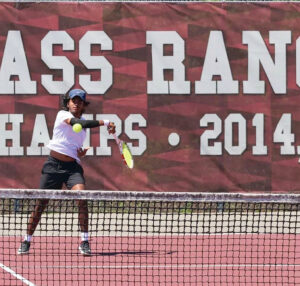 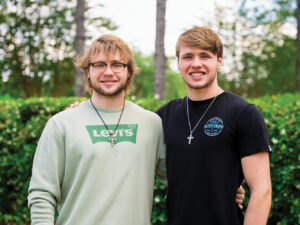 Together At The Top 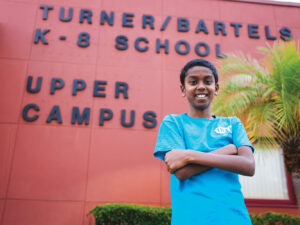