Our hearty congratulations go out to all of the winners of the 2022 North Tampa Bay Chamber of Commerce (NTBC) Excellence in Business awards, who were presented with their trophies at the NTBC’s annual “Celebrating Excellence” awards banquet on Nov. 10, at Treble Makers Dueling Piano Bar & Restaurant in The Grove at Wesley Chapel.

Hosted by NTBC Chairman Javan Grant and the Chamber’s president and CEO Hope Kennedy, the Excellence in Business awards event was a super-fun evening of delicious food, beverages, music and festivities, as several Wesley Chapel- and New Tampa-based businesses were finalists for the four awards which, as Kennedy explained, are the four guiding principles of the Chamber — Integrity, Collaboration, Inclusivity and Innovation.

Two businesses located in Wesley Chapel — Junkluggers, which won the Innovation Award, and RADDSports, which won the Integrity Award (and also was nominated for the Collaboration Award), ended up taking home top honors, while Wesley Chapel-based Innovation Preparatory School (Innovation), Blue Heron Senior Living (Integrity) and RAW Space Collaborative (Inclusivity) and New Tampa-based Shred 360 (Integrity) all made it to the top-three vote-getters among the NTBC’s Board member judges, but didn’t end up winning their respective awards.

The other award winners, which aren’t located in New Tampa or Wesley Chapel were AmSkills, Inc. (based in Holiday), which won the Collaboration Award, and the Pace Center for Girls in New Port Richey, which took home this year’s Inclusivity Award.

Also honored at the event was Rotary District 6950 (of which the Rotary Club of Wesley Chapel Noon is a member club), which took home the Community Hero Award for the District’s efforts to help Hurricane Ian victims in Ft. Myers.

District 6950 Governor Troy Willingham accepted the award on behalf of the District, and he was joined on stage by numerous members of the Wesley Chapel club, which helped spearhead the collection of truckloads of much-needed supplies that were brought to Ft. Myers.

Congratulations again to all of the winners, finalists and 93 total nominees!

For membership and other information about the North Tampa Bay Chamber (1868 Highland Oaks Blvd., Suite A, Lutz), call (813) 994-8534, or visit NorthTampaBayChamber.com. 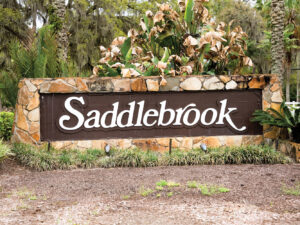 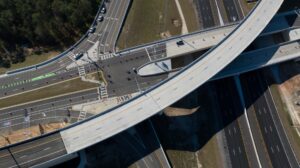