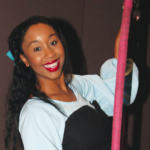 Before Disney chose Halle Bailey to play the role of Ariel in the live-action version of “The Little Mermaid,” Patty Smithey of Land O’Lakes (above) had already been chosen for the same role in the New Tampa Players’ production, which opens tonight. When Disney announced recently that Halle Bailey, a teenage African-American actress, was going to play the lead role as Ariel … END_OF_DOCUMENT_TOKEN_TO_BE_REPLACED