Ciccio’s Confirms Its Move To World Of Beer Location

It took a while, but former Ciccio’s Lodge managing partner Robert Garofano has confirmed that Ciccio’s Restaurant Group, the parent company of Ciccio’s and South Tampa favorites Daily Eats, Water Sushi and The Lodge, has signed a lease to take over the space vacated by World of Beer in The Shoppes at the Pointe plaza in Tampa Palms.

Garofano says the new Ciccio’s will be modeled after the company’s St. Petersburg store and will be called Ciccio’s California. He said the renovation of and move into the former World of Beer space will likely take until October.

Paddle & Pole Will Take You On The River!

“Come explore the beautiful Hillsborough River with us” is the “battle cry” of the new Paddle & Pole canoe, kayak, and fishing gear rental company located on Morris Bridge Rd., just one mile south of Cross Creek Blvd. and just north of the entrance to Cory Lake Isles. Paddle & Pole held its Grand Opening on June 15 but is still celebrating that opening with a great special offer (see below for more info).

Paddle & Pole provides kayak, canoe and fishing gear rentals, along with guided and self-guided trips, including all shuttles. The company also provides kayaking, canoeing and fishing lessons and is ready to cater to a multitude of events, such as: birthday parties, church groups (perfect for youth groups) and office outings, Boy Scout retreats, team building events (try our kayaking obstacle course) and riverside BBQs, all tailored to your specific needs!

Paddle & Pole also offers shuttles to those who own their own boats. “We have everything you need, all you have to do is show up and we will handle the rest.”

The Hillsborough River is loaded with sights to see and fish to catch, so whether you are just looking to have a good time out on the water with your family or head out with the guys on a mission to catch that prize bass, the beautiful Hillsborough River (photo left) is the place to be.

And, if you come out anytime between now and Sunday, June 30, to not only enjoy the river but to take advantage of Paddle & Pole’s amazing Grand Opening prices, you’ll pay just $20 dollars per boat per trip of up to four hours!

Please join Paddle & Pole for some fun in the sun and explore all that the Hillsborough River has to offer. Arrive anytime between 9 a.m. and 3 p.m. for a boat or call to reserve yours today!

Paddle & Pole is owned and operated by a veteran, so all U.S. Military veterans will receive special rates!

WingHouse Opens On S.R. 54 With A Big Crowd

Although its original scheduled opening was delayed by a week or so during the remodeling of the former Buffalo’s SW Café on S.R. 54 (at 5510 Post Oak Blvd.), Wesley Chapel’s Ker’s WingHouse opened on June 6 to an estimated crowd of between 500-1,000 people, including two dozen Greater Wesley Chapel Chamber of Commerce (WCCC) members who cut a ribbon with Wesley Chapel general manager Eric Ratcliff of the new Ker’s Wing House and his staff of gorgeous servers.

The opening day crowd filled up the “first 100 on line” by 8:40 a.m., with the first three arriving at 6 p.m. the day before. Each of the first 100 received not only an official WingHouse T-shirt, but also one free lunch per month for a year.

The throngs waited in the pouring rain of Tropical Storm Andrea and Ratcliff says that while the number of people was not unexpected, it was still overwhelming.

Meanwhile, in the same building as the China Wok restaurant in the Wesley Chapel Village Market at S.R. 54 and Bruce B. Downs (BBD) Blvd., just east of I-75, Hibachi Japanese Express restaurant is getting ready to open at least by shortly after you receive this issue. A spokesperson for the company says the sit-down restaurant will feature hibachi/teppanyaki tables, fresh sushi and Japanese and other Asian fare in a comfortable dine-in location.

We know, we know. Wesley Chapel is suddenly being overrun by true New York-style pizza places, but the new Best New York (NY) Pizza, which just opened at 27429 S.R. 54 about a month ago in the former Drake’s Place spot in the Pinebrook at the Grove shopping center (on S.R. 54 between I-75 and Old Pasco Rd.), is worth checking out.

With delicious, true NY-style pizza made famous at a Carrollwood location on N. Dale Mabry Hwy. and two adjoining dining room concepts (one with counter service and the other with a little more formal-looking dine-in area), Best NY Pizza also has some of the best meatball parmigiana heros and chicken parmigiana dinners (served with salad, pasta and garlic knots; photo) I’ve had in our area.

A little south of S.R. 54, at 2653 BBD, Buddy’s Hot Dogs (600-3138) has opened between the Baja Fresh and the also new Brewhouse Café (all owned by the same people), which opened in the former iCream location but has actually since closed its doors.

The good news, for Florida Hospital Wesley Chapel staffers (the hospital is across BBD from this plaza) and local business folks looking for different ideas for lunch, is that this plaza also already is home to the very popular Dickey’s BBQ, Hungry Greek and Latin Twist Café restaurants. The even better news is that Buddy’s offers crispy hand-cut fries and tasty Chicago-style Kosher hot dogs.

Two of our very popular advertisers have been on the move, as Team Bohannon (long-time local Realtors Annette and Doug and their son Dale) and the New Tampa Chiropractic & Injury Center office of Dr. William Scheu, D.C., have both recently moved to new locations.

Team Bohannon (979-4963), which had been affiliated with the Coldwell Banker office in the New Tampa Center shopping plaza, has moved a mile to the north to join forces with Keller Williams’ New Tampa office on BBD in the Central Bank building in the Live Oak Preserve area south of County Line Rd.

Dr. Scheu says he outgrew his space in the SuperTarget-anchored Northwood Plaza on BBD, just north of County Line Rd., and moved on June 3 into his new office in the Cypress Ridge Professional Park, located off S.R. 56 and Cypress Ridge Blvd., at 2312 Crestover Ln. 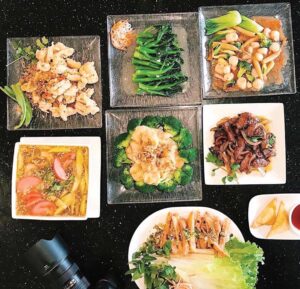 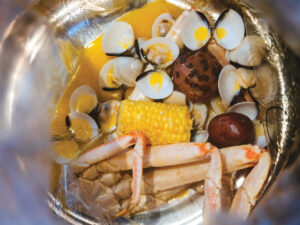 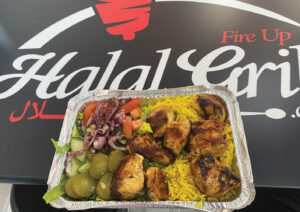