Florida's New Texting Ban Now In Effect, But With Exceptions

If you’re on Wesley Chapel roads, or any Florida road for that matter, stay off your phone. Or, off of the keyboard, at least, as Florida’s texting and driving ban has gone into effect. However, there are some exceptions.

On October 1, Florida became the 41st state to actively ban texting while driving. According to the Florida Highway Patrol (FHP), 3,400 crashes resulted from distraction by an electronic device in the state last year, 24 of which resulted in fatalities.

Considered a non-moving violation, texting while driving carries with it different fines in different counties. For example, if texting and driving in Wesley Chapel (Pasco), the fine amounts to $114, but, if texting in New Tampa (Hillsborough), the fine is $103.

However, texting while driving is still considered a “secondary offense,” which means that traffic authorities cannot pull a person over simply for texting and driving. If a person commits another traffic violation and is discovered to be texting in the process or the officer believes that the violation was caused by someone texting and driving, the driver is then susceptible to the accompanying fine.

Pasco County Sheriff’s Office (PCSO) spokesman Doug Tobin says the agency doesn’t have a total number of texting tickets written thus far, but hopes to have more definitive stats in the coming weeks. FHP spokesman Sgt. Steve Gaskins says that, although a definite number was not readily available, not many texting tickets have been written overall and even fewer have been written since the first week the law was introduced.

“Enforcing and educating all drivers about the dangers of texting and driving is important,” said FHP director Col. David Brierton in an October 1 press release. “There are three things to remember to keep you safe while driving: keep your hands on the wheel, your eyes on the road and your mind on driving.”

According to the National Highway Transportation Safety Administration a driver who texts and drives is approximately 23 times more likely to be involved in a crash.

The Florida law, State Statute 316.305, states that a person can’t drive a motor vehicle while typing or entering multiple letters, numbers, symbols, or other characters into a wireless communications device or while sending or reading data on that device,

It continues, “the term ‘wireless communications device’ means any handheld device used or capable of being used in a handheld manner, that is designed or intended to receive or transmit text or character-based messages, access or store data, or connect to the Internet or any communications service… For the purposes of this paragraph, a motor vehicle that is stationary is not being operated and is not subject to the prohibition in this paragraph.”

So, if stopped at a stoplight, a driver cannot be cited for texting and driving, although, of course, sitting at a light that has turned green while texting can still cause a traffic accident.

Also, a driver cannot be fined if that person is the operator of an emergency vehicle; reporting an emergency or criminal activity to law enforcement; receiving messages that are related to the operation or navigation of the vehicle, safety-related info (emergency, traffic or weather alerts), data used by the vehicle or radio broadcasts; using a device for navigation or using the device hands-free. 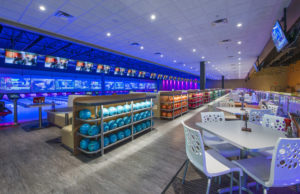