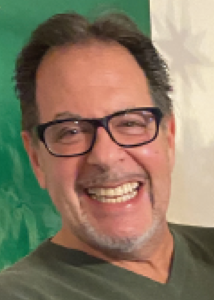 Although I only know what I’ve read about Queen Elizabeth II, who of course, passed away at the age of 96 the week we went to press with this issue, I decided to discuss the loss of England’s longest-serving monarch (70 years) with two of my friends.

One of those friends is Tammy Campbell, a British national who has lived here in the States since moving with her husband — former English Premier League and Tampa Bay Rowdies soccer player and coach Stuart Campbell (who is now the director of soccer at the Wiregrass Ranch Sports Campus of Pasco County) — more than a decade ago.

The other is my childhood best friend Doug Getter, who moved “across the Pond” for work not too long after I moved to Florida 30 years ago. I have only one blood sibling (my sister Bonnie), but since we met in the first grade at Woodmere Elementary on Long Island, Doug was the closest thing I ever had to a brother, especially because everyone said we looked and acted like brothers. And, even when Doug visited me for a day a few months ago, Jannah and my family said they could see why.

When I spoke with Tammy a couple of days after the Queen’s passing, you could hear it in her voice that she was still broken up over it.

“She was 96, so it wasn’t like everyone didn’t know it was going to happen at some point,” Tammy said, “but the reality of her actually passing hit me harder than I even thought it would, especially since she just swore in our new Prime Minister two days before that.” 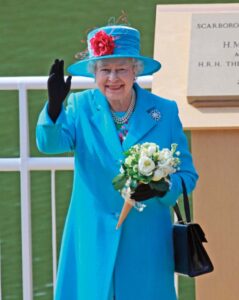 Tammy said that although she never actually met Queen Elizabeth, “I did get to see her in person twice before I moved here.” The first time, she said, she was only seven years old when the Queen visited the northern town of Colby, England, where Tammy was living at the time. “All of the school children in the town lined the streets waving Union Jacks (the British flag) as her motorcade went by,” Tammy said, “She smiled and waved and seemed to make eye contact with each of us. She had such presence, such dignity.”

More than 25 years later, Tammy made eye contact with the Queen again, when suddenly, the streets were cleared for her motorcade. Tammy said she felt the same sense of pride and excitement she did as a child. “She was like everyone’s favorite grandmother,” Tammy said. “She knew how to make everyone feel important.”

Meanwhile, Doug said that the news of the Queen’s passing definitely hit people hard in England, too. Doug, a partner with the international law firm Dechert LLP, who lives not far from Buckingham Palace, said, “Some of my English colleagues were very affected. I think it’s quite personal, but as a generalization, it’s quite meaningful to the population here. There were big crowds out at Buckingham Palace who came to pay their respects. I think a lot of people are genuinely in mourning.”

Doug also said that although he doesn’t have a lot of British clients, “I was actually on a call today with a fellow who met and received an award from the Queen. But, I think for Brits it is a tough time and we have allowed our staff that normally comes in to the office to work from home, and attend counseling, memorials, etc., as they feel is best for them. So, this is being taken very seriously, as so many people are affected — some harder than others. I know that on the day of her funeral (announced as Sept. 19 at our press time), it will not be possible for anyone to get things done here. A good percentage of our people will take the day off to reflect and mourn — and most everyone will be glued to their TV sets for the funeral, which will be a State event. We will be closed on the day of the funeral, for sure.”

As for the impressions of how the new King Charles III will be, Doug says, “He certainly has the training, but he also has a hard act to follow and a wife that many Brits have mixed views about. Unfortunately for Charles,  I think people are looking forward to William and Kate taking the reins in the future. It’s odd here for people to think in terms of a king after 70 years of a queen. Her longevity is staggering.”

As to why Premier League soccer games were cancelled the weekend the Queen passed, “It’s just such a somber time,” Doug said. “No one wanted to be seen as doing something frivolous during this mourning period. I’m no Royalist, but this is truly a sad event for the British people.”

Hurry And Play Our “Big Game” Squares! Prizes For The Winners!