Wesley Chapel resident Anthony Becht apparently smells what “The Rock” is cooking up.

Becht, who has been an assistant coach at Wiregrass Ranch High the past few years while his son Rocco, who is now at Iowa State, was starting at quarterback, has been named the new head coach of the St. Louis franchise in the revamped XFL. The league is co-owned by famous wrestler and actor Dwayne “The Rock” Johnson.

“Football is back where it belongs, St. Louis! And I’m proud to be the head coach of your XFL Team,” Becht tweeted after the announcement. “This is a fresh start. And we’re not going anywhere. So let’s create a franchise and fan base that makes some noise!!”

Becht is familiar to St. Louis fans, having played a full season at tight end in 2008 with the St. Louis Rams.

The three seasons before that, he played for the Tampa Bay Bucs. Becht, the 27th pick in the 2000 NFL Draft by the New York Jets, is known locally for his work as a television analyst, as well as for the youth football camp he has hosted in Wesley Chapel.

“I love this staff, and I’m expecting to add some more top guys,” Becht told the Dispatch. “I know I’m not the smartest guy on the staff, which is great because by surrounding myself with outstanding people, I know I can learn and I can keep getting better.”

This will be the third try for the XFL, which played one season in 2001 and then had its comeback season in 2020 cut short by the Covid-19 pandemic.

St. Louis didn’t have a team in the 2001 league, but in 2020, the team was called the Battlehawks — teams haven’t been assigned nicknames or mascots yet — and were one of the top drawing teams in the XFL.

The XFL, which starts up next February and will have its games shown on ABC-TV and ESPN, will have teams in Arlington, Houston and San Antonio, as well as Orlando, Florida, Las Vegas, Seattle and Washington, D.C. 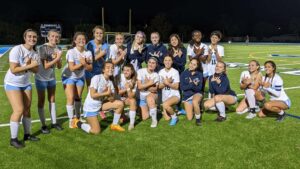 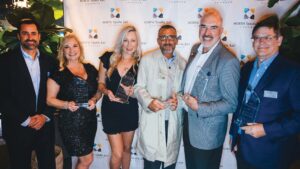