Film festivals. Red carpets, celebrities and champagne come to mind. Or, maybe that’s the Oscars. But, for one Freedom High graduate, the Tribeca Film Festival could be a stepping stone to the latter, as he premieres his short film, “The Exit Room,” during the New York City festival to help get his name out there and bring exposure to his work.

Todd Wiseman, Jr., 25, graduated in 2005 from Freedom, where he worked on the school’s morning news. Now, he works on the sixth floor of a building in the Chelsea neighborhood of Manhattan, the building that his production company, Hayden 5 Media, LLC, calls home.

On April 20, Wiseman was expected to premiere his ten-minute film, a look at the punishment of a captured journalist awaiting execution during a futuristic American revolution, to a theater of festival attendees.

“I had been to (the) Tribeca (festival) before as a guest, and it was a really exciting experience,” Wiseman explains. “(The festival) is really cool because it brings together international filmmakers and local filmmakers. Tribeca has a ‘narrative’ category, so we entered ‘The Exit Room,’ and it got selected, which is a huge honor.”

Wiseman says that the short, which stars Christopher Abbott (HBO’s “Girls” series), already had generated some prefestival “buzz” and that he already has received offers for distribution and representation, which are usually the goals when an independent filmmaler takes a film to a festival.
Based on a short story by Ambrose Bierce—Wiseman won’t give up the name of the story for the sake of the film’s ending— the young filmmaker says he got the idea for his adaptation of the story from reading and seeing a film version of it as a kid.

“It was an old, old black and white film and it’s always stuck with me,” he explains. “I decided to set (my version) in the future.”
The film was shot over four days, but took about a year to produce, develeop, find financing, and secure both talent and locations.
“It’s a labor of love,” he says. “You usually don’t make money on films like this. It serves more as a ‘calling card.’”

In the meantime, Wiseman and his Hayden 5 business partner Milos Silber— who also is the cinematographer on the film—continued to work on commercial production, producing advertisements for companies such as Marshalls stores and Dunlop tennis balls, as well as working on other projects for T.V.

Named after their New York University (NYU) dorm, in which they were roommates, Wiseman and Silber filmed their way through school, including creating ads and music videos, which led them to start their production company together after graduation in 2009.
“It started out of our apartment and has transformed into quite a little enterprise,” Wiseman explains. “Filmmaking has always been our passion. It’s grown into two companies.”

Wiseman and Silber’s Manhattan office also serves as home to Man With A Cam, a freelance video-production staffing company, which puts potential clients that need a video project completed in contact with videographers across the country. If a client in New York needs to shoot something in California, Man With A Cam can put the client in contact with a professional in that area.

Although it sounds like he lives in a different, high-speed world in NYC, Wiseman says he hasn’t forgotten where he learned the basics.
“I learned framing and filmmaking at Freedom,” he says. “That literally was the deciding factor in what I wanted to do with my life. Getting into NYU and the rest stemmed from my experience at Freedom. I love to represent Tampa in any way, shape or form. I’m planning on writing my next feature film for Tampa.”

For more information about Hayden 5 and Man With A Cam, please visit Hayden5Media.com and Man- WithACam.org. To see “The Exit Room,” please visit TribecaFilm.com before April 28! 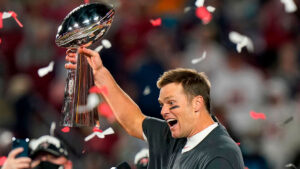 It’s Kind Of Awesome To Live In ‘Champa’ Bay These Days!